The internet has become one of the most significant advancements of our age; we take a look back at its origins

On 29th October 1969 the first internet message was sent from Charley Kline on the UCLA campus to Bill Duvall at Stanford under the supervision of Professor Leonard Kleinrock. Could they have imagined how 50 years later the Internet would have had such a massive impact on technology, education, culture, commerce, banking and communication?

If you were asked to switch off today, just for the day then would you?.. In fact the better question is actually could you?

Here’s a look at how the internet blew up, from that first message, to chat-rooms and the world wide web, into the infinite amount of information that we now literally hold in our hands and have access to at the touch of a button. 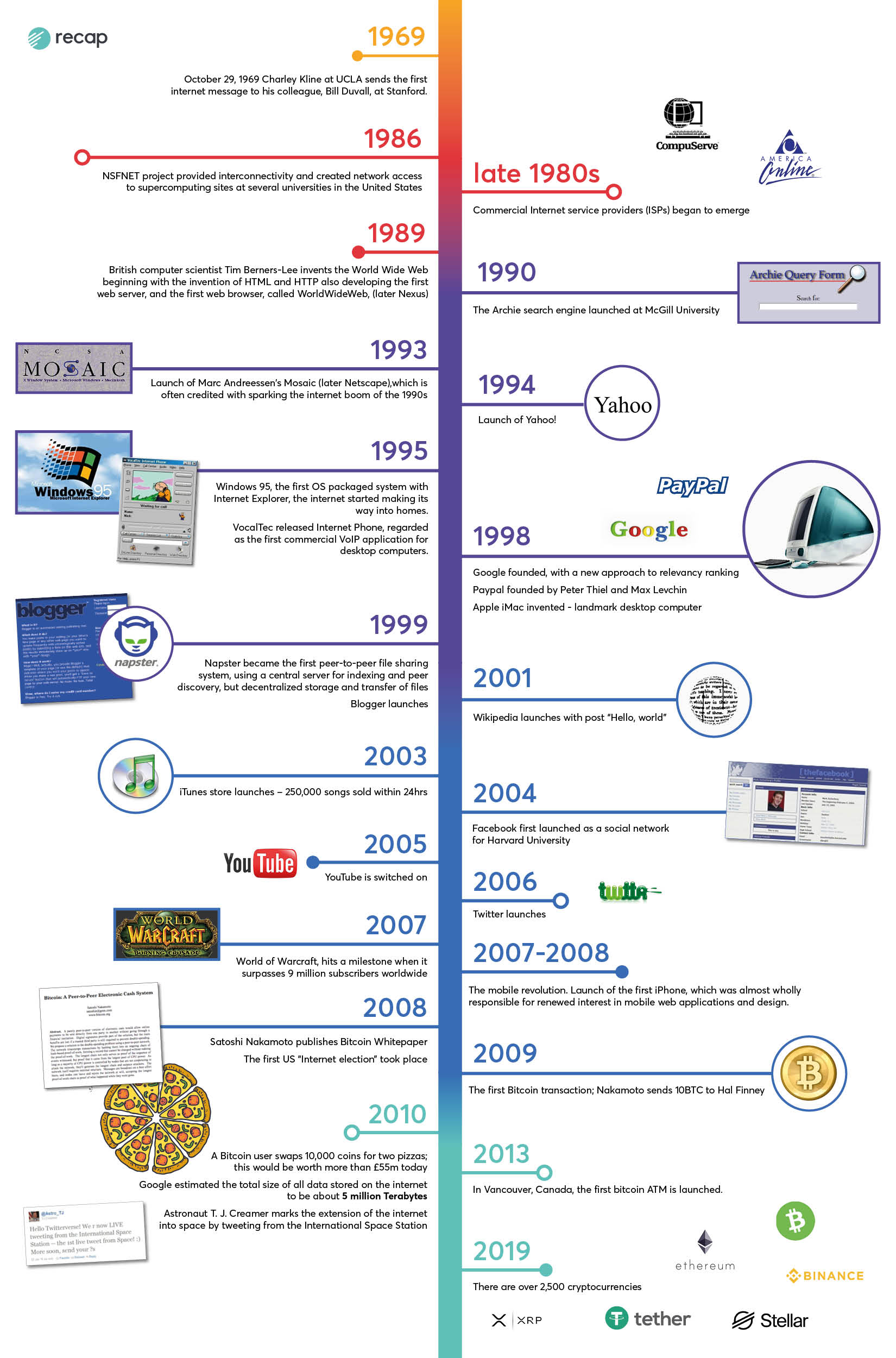 The internet has grown into a place that connects people and data across the world, making life easier and communication faster. Cryptocurrency connects money; transactions across the world are becoming simpler, quicker and more secure. As the internet grows, cryptocurrency is becoming more accessible and is no longer just for tech-insiders, offering investment opportunities for all. Its recent acknowledgement by different governments around the world proves that it is here to stay and likely to become more mainstream.